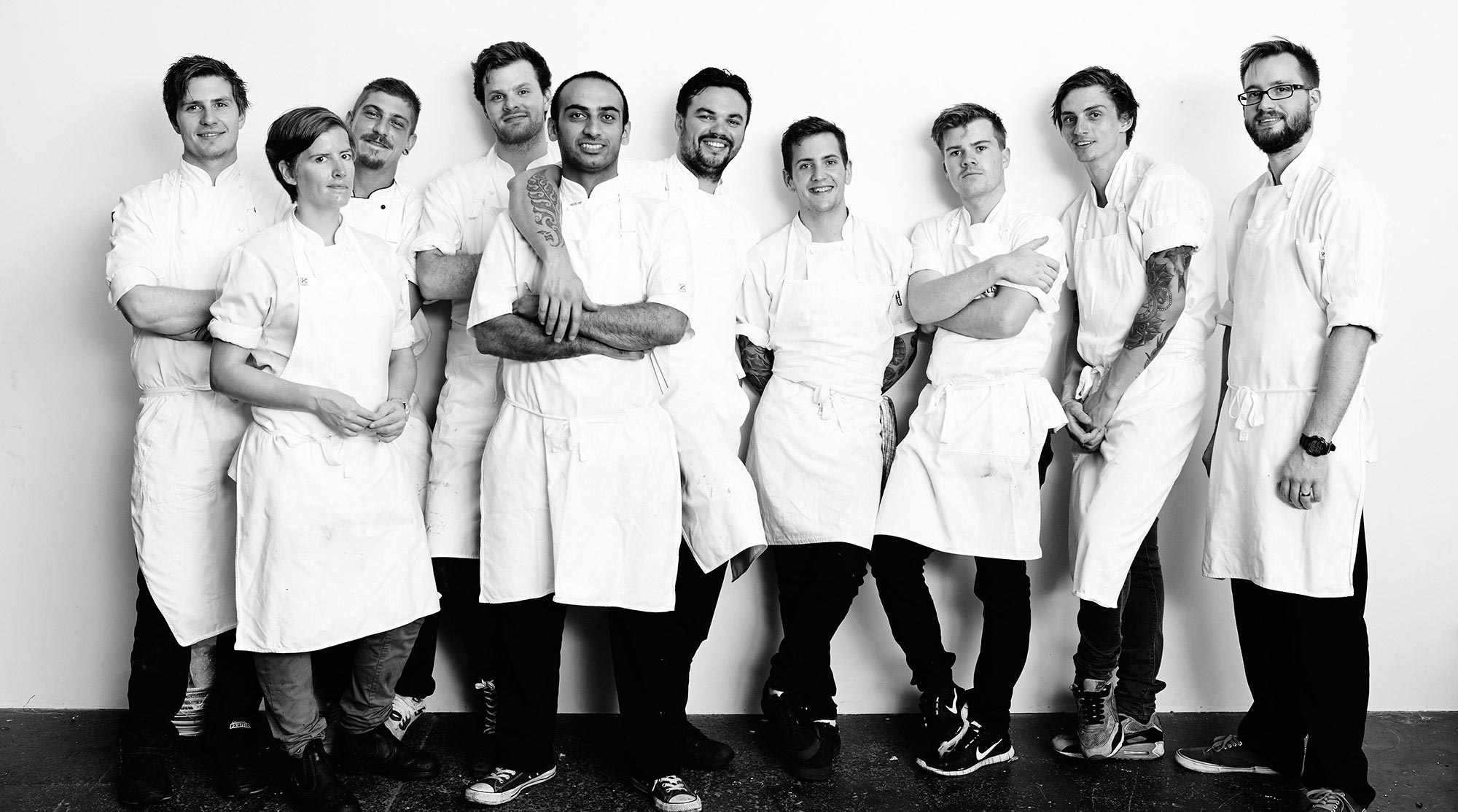 Profile: Peter Gunn on food in flux
Food
Whilst most chefs strive for consistency in their kitchens, Peter Gunn’s belief that a restaurant operates in constant flux demonstrates a wisdom beyond that of most 30-year-olds. But then again, most winners of San Pellegrino’s Young Chef award didn’t begin their culinary careers at a fried food joint in New Zealand – knowledge is experience.
Share 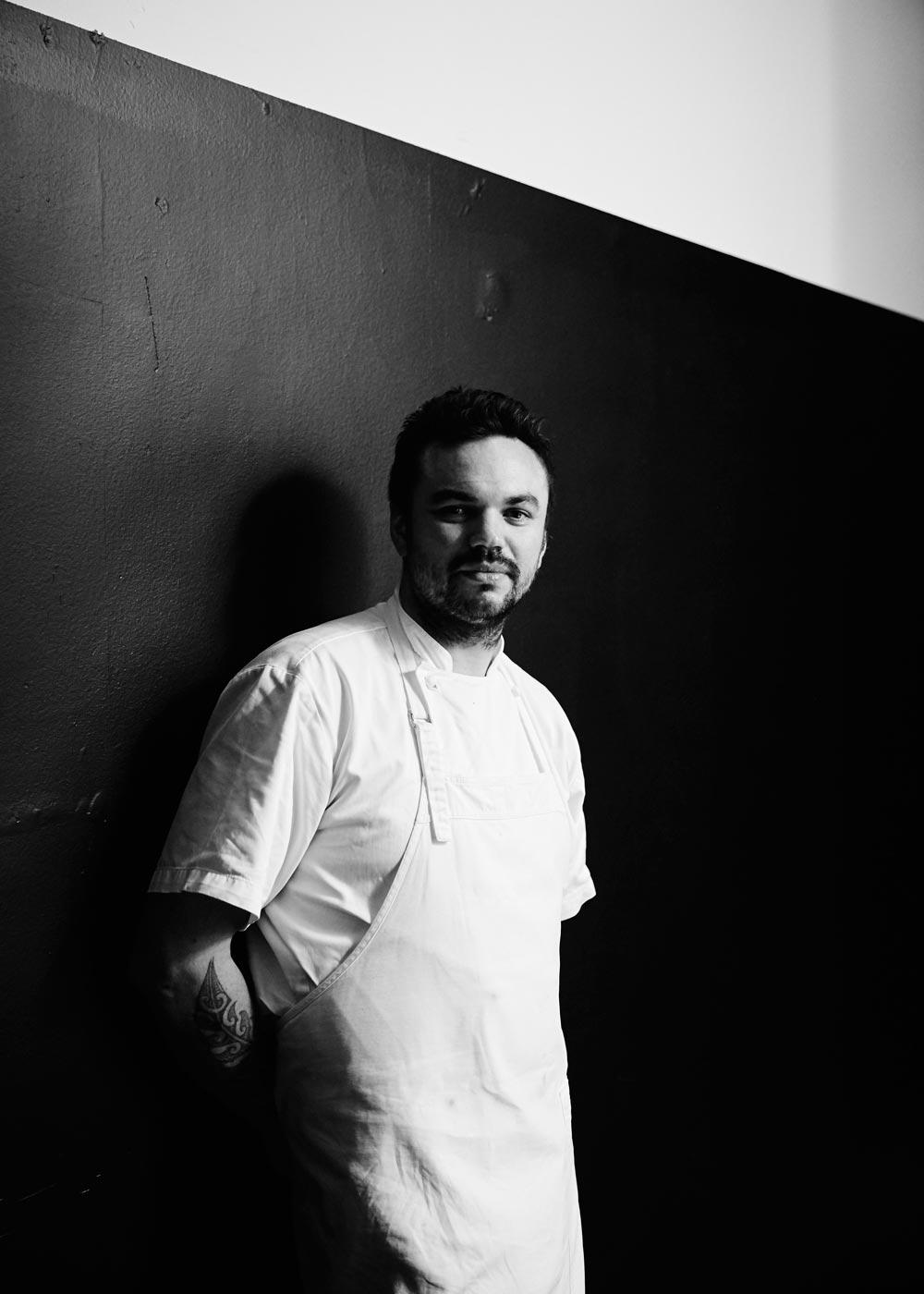 Now based in Melbourne, where he learnt his trade as a sous chef at Attica under his mentor Ben Shewry, in 2013 Peter founded his own restaurant IDES initially as a pop-up, before settling into a permanent 36-seater spot in the city’s Collingwood district on that prophetic March day earlier this year. As the chef behind the dinner commemorating another pop-up in Melbourne last July - the opening of London’s Studio Voltaire art and design boutique in the Louvre Townhouse at 80 Collins - we talked to Peter about how he runs his six-course, degustation-only restaurant like a Rubix cube, and the politics of using indigenous Australian ingredients.

Xerxes Cook: What did you serve up at the Studio Voltaire dinner?

Peter Gunn: We presented the menu we were cooking at IDES at the time. We made a couple of changes that we thought were fitting for the event – one was a Tasmanian grass-fed beef short rib dish, that I once entered into a competition which paired a chef with a fashion designer, where the designer created a garment based on that dish. That was the only ‘art’ influenced dish that I had, so I thought it would be appropriate! We also served a couple of oysters drizzled with a saffron syrup, which is very fluoro in colour and I thought it would work well with some of the more abstract art from Studio Voltaire. And then we had a couple of our staples on the menu, which are just simply flavoursome – we don’t cook with massive amounts of trickery, but with a very raw honest style: if we serve a piece of fish, you can clearly see that it’s a piece of fish. At that dinner it was a barramundi, served with artichokes, which were presented tied in a small pot with grapefruit leaves. It was important for me to serve a couple of dishes that came straight out of our kitchen rather than being angled towards the event, so we can represent what we’re all about – our no-holds barred approach to flavour.

XC: So what is your restaurant IDES all about then; the approach to cooking, and the experience?

PG: It’s like a Rubix cube with six sides. One side being the staff, another the customers, the wine, the ambience, and the other the service. And the moment all those sides are lined up, I like to break and mix it all up – it’s in constant flux. We have a degustation menu of six dishes – four mains and two deserts – to which we remove and add a new dish every Thursday, so it’s an ever-changing menu, if you like. I’m not really one for routine. I like to have that eclectic feel and energetic vibe running all the time; through my staff, dining room, and the food itself.

XC: That’s an almost Buddhist approach to running a restaurant – to accept that it’s in constant flux, where some days people won’t like a new dish, or the crowd is a bit downbeat, or the wine doesn’t really match the food…

PG: That’s it. And it’s a big challenge. The way I see it, we’re just a baby of a restaurant and we’ve got years to grow up and settle down. It’s important that we stay punchy.

“I like to have that eclectic feel and energetic vibe running all the time; through my staff, dining room, and the food itself.”

XC: Are you in some ways still trying to come to terms with this journey of starting IDES starting as a pop-up, to now running it as a permanent restaurant?

PG: Not so much coming to terms with it, as it’s very real to me. What we’ve done is introduce this thing called One Day Sundays, where we actually change the concept of the restaurant one Sunday a month. We’ve done five now in the five months we’ve been open: one was a buffet; another was IDES China, where rather than trying to cook traditional Chinese food, we incorporated Chinese flavours and ingredients into my style of cooking. We once turned the dining room into a jazz bar where we blacked out the windows and had a three-piece jazz band, which was pretty cool. We introduced this in order to keep the roots alive, in terms of where the brand came from and how I like to run my operation. So one of the reasons why we wanted to get involved with the Studio Voltaire dinner was that it was literally a pop-up restaurant– even though I had sworn never to do a pop-up again– it was a good one to be involved with as they had never done a food offering before.

XC: Can we talk a little bit about the ingredients you use in your cooking – as your menu is changing all the time, do you find consistency through certain rules or policies towards using, say, only foraged ingredients, or those that are locally in season, or native to Australia, for example?

PG: We don’t do foraging. We’re a very urban-style restaurant, in Smith Street, in the Collingwood part of Melbourne where a tram runs past every eight minutes. We don’t have any gardens and we don’t use any pretty little flowers to garnish the food, as it doesn’t make any sense to my time or place. The food should look good without garnishes. Another rule we have is not to use native ingredients.

XC: Not to use native ingredients?

PG: Yeah, like the wattle seeds and the pepper berries… they just don’t taste good. I find a lot of them to be quite astringent. I understand they come from here and other people can use them very, very well, and their food is enhanced by the use of some of those flavours – my cooking is not. I’ve got a very simple approach. I like comfort; European and American-style flavours. I’ve got a heavy sweet tooth. And I don’t think you can just use one of those things – like if I had Davidson plums halfway through one of my six dishes – as it feels like there needs to be more. And when you do introduce more [native ingredients], you have to do them justice in paying respect to the country and the land. It’s too political for me to use them. It’s a rule not to use them, but I change the rules all the time. It might be the ‘in’ thing to use these native ingredients, but we try to steer clear of what’s trendy to instead focus on our own thing.