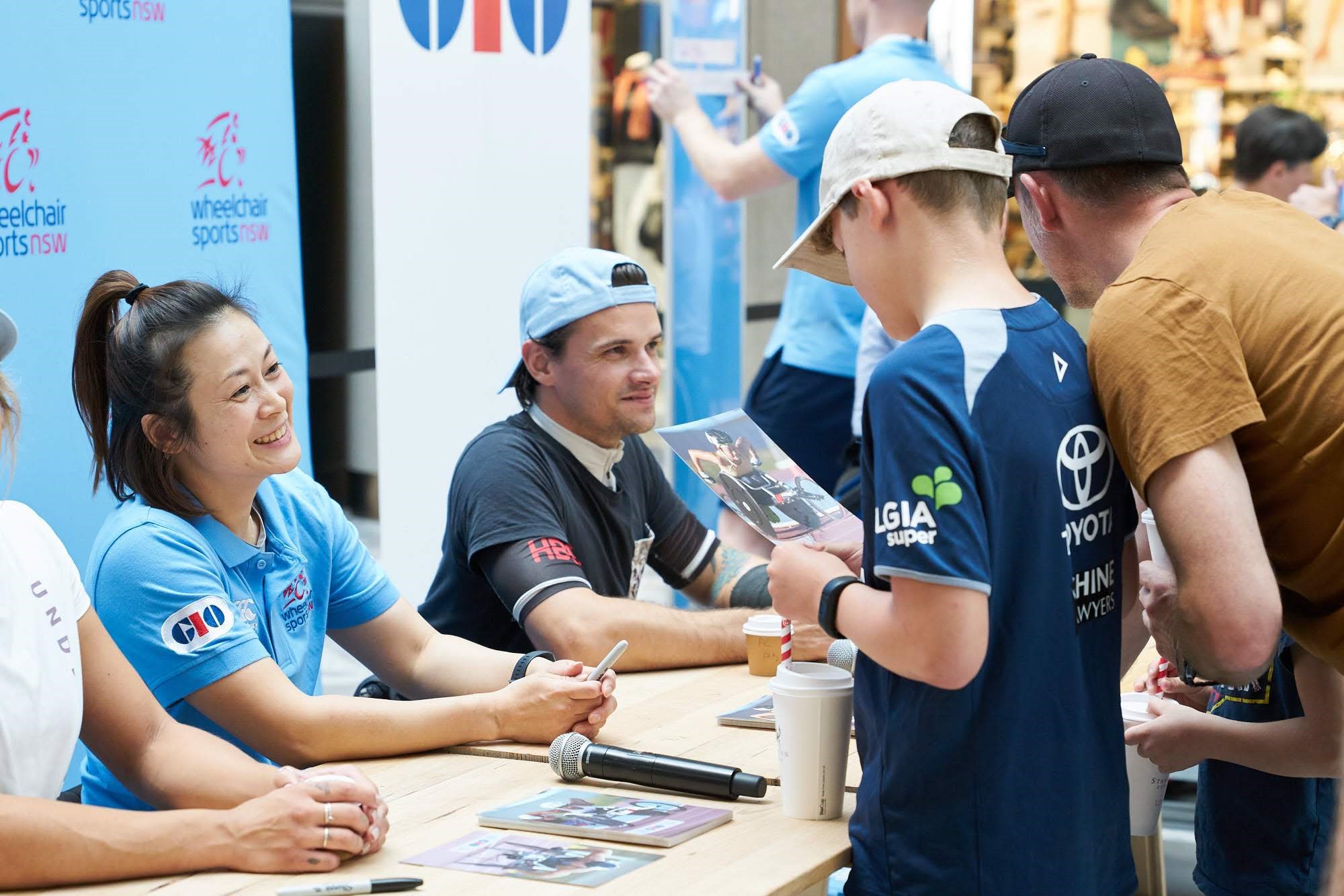 On 19 January 2020, the Canberra Centre welcomed a Paralympic international all-star panel for an afternoon of discussion, meet and greets and photo opportunities at City Walk, near R.M Williams.

The free event invited guests to meet some of the world’s best wheelchair racing athletes and experience their sport and careers first-hand. It also included a ‘race on rollers’ where customers were given the opportunity to be mentored by the athletes and compete in a time trial for Canberra Centre gift cards.

The panel was the first in a week-long series of events for the athletes as part of the ‘Summer Down Under Wheelchair Road Racing Series’, where the athletes spent the first half of the week competing in Canberra before continuing on to Sydney.

Approximately 80 people attended the event, with 25 people participating in the ‘race on rollers’ competition.